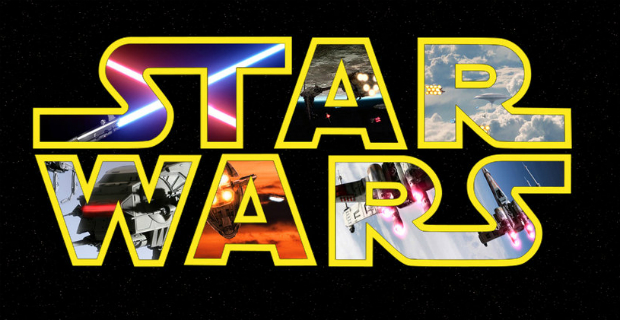 My blog posts have been few and far between as of late.  What with the Paris attacks, the Syrian refugee crisis, the California shooting, and Donald Trump’s general hateful antics, I have struggled to find inspiration.  But then it occurred to me that if we give in to the negativity, then the bad guys and the haters win.  And I, for one, am not going to let that happen!

With all of this bad news dominating the news cycle, let me focus on some good (and lighter!) news.  Unless you’ve been living under a rock, you know that Star Wars:  Episode VII – The Force Awakens opens this Friday, December 18th.  This has been a much anticipated date at our house.

My husband started watching the Star Wars franchise with my son when he was far too young to be watching such movies.  Each movie took about four hours to watch due to all of the pausing and explaining that had to be done.  I’m not convinced that my son was leading the charge in watching these movies.  Rather, I think my husband was hoping to get him hooked.  And it worked like a charm!  We own all of the movies.  We have various Star Wars characters, ships, and weapons (some of which date back to my husband’s childhood – my saint of a mother-in-law held on to them for decades!) littering the floors in our basement.  And my son has constructed many Star Wars Lego vehicles over the years.

One of the things that I love about the Star Wars franchise is that it brings together different generations.  Episodes IV, V and VI were released between 1977 and 1983 and Episodes I, II and II between 1999 and 2005.  The next three are slated for 2015 through 2019.  That’s more than 40 years of Star Wars movies!  In a day and age when there is so much divisiveness, it is nice to find something that unites us – even if it is a sci-fi movie!

Several years ago, I met George Lucas at a work event.  I was working in executive search at the time, so the connection is not particularly obvious.  Let me explain…  George Lucas is married to Mellody Hobson, who is a prominent board director at Estée Lauder, Starbucks and DreamWorks Animation.  And the event in question was the Black Corporate Directors Conference.  While the event itself was incredibly inspiring and full of the “who’s who” in corporate America, I would be lying if I said that I wasn’t star struck by George Lucas (who, I will add, stuck out like a sore thumb at the Black Corporate Directors Conference – as did I, by the way).  Sadly, of all of the things that I have accomplished in my professional life, this is probably the one and only thing that my son has retained – Mommy met George Lucas!

I’m not going to try to stretch this and say that the Star Wars movies are educational.  They are what they are – entertainment.  But, if you will allow me, there are a few quotes that I think we can all learn from: